Last week I took a trip up to Stirling to meet a friend of mine.

We worked together in a specialist running shop when I was at university and found that, despite a 40-year age gap, we had a ton in common.

Tommy is a former professional footballer; I wanted to be a pro when I was young…but I “couldn’t hit a cow’s arse with a banjo if I was holding its tail”, as my dad constantly reminds me.

He ran marathons in under 3 hours; I’ve run around the block a couple of times.

He was/is loved by women of all ages for his charisma, generosity and kindness; my mum loves me for…well, because she has to.

I always remember meeting Tommy for the first time; immediately, I was struck by his passion. He loved running, he loved his job and he loved life – and that was all evident purely from having a ten-minute conversation with him.

Over the years we built a strong bond based on our love of the same things. We’d talk for hours on end about football and how it’s “just not the same anymore”. We’d rant about he we ‘didn’t get’ people who couldn’t understand our need to constantly push our bodies to their limits simply to see what they are capable of. We’d talk about the feelings and emotions that achieving physical goals evoked within us and how “you just can’t be beat”.

He’d tell me stories of how he used to train and it inspired me to push myself harder.

3-HOUR RUNS ON A HELIPAD

When he first began running competitively – after a better-than-average football career – he was working on the oil rigs in the North Sea.

His goal was to run a marathon in under three hours; which, for those of you who don’t know much about running, is a monumental achievement; maybe not for Olympians and the like, but certainly for us ‘ordinaries’. 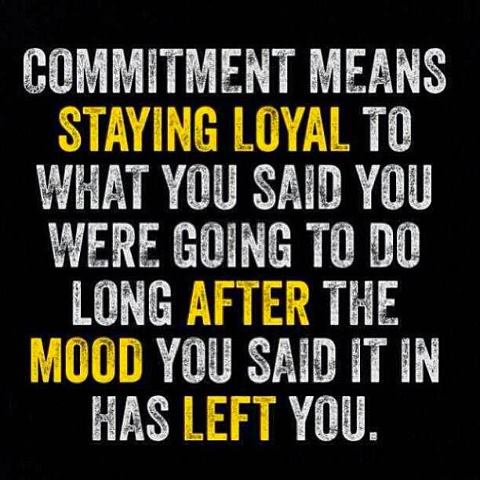 Unable to run the required distance, due to being surrounded by water, Tommy used to finish his 12-hour shift on the rig and then take to the helipad where he’d run in a figure of eight for three hours…every day.

Obviously he got bored of the helipad from time to time so he’d head indoors and run up and down the stairs for two hours, just to “break things up a bit”.

That single-mindedness and dedication is mind-blowing to me. I’m known for being committed to my training, but could I run around a helipad for three hours at a time? I’d like to think so, but I’m not sure.

When telling people this story they would always ask him why he did it. “You must’ve been bored.” they’d comment.

“Because I wanted to run a marathon in under three hours and that was the only way I knew I could do it.” He’d reply whilst shrugging his shoulders and looking away shyly as if he didn’t see it as a big deal and didn’t feel the adulation was deserved.

Now retired, Tommy runs to the shops every morning to get the papers and then embarks upon a 10km run mid-morning. He helps lead a beginners running group in central Scotland, where he passes on his infinite wisdom to those looking to run their first 5 or 10km.

He’s constantly faced with questions like: Why do you still run? Why don’t you stop? Aren’t you too old?

These questions offend him. He explained to me last week that all of his friends from his youth are dead, disabled or seriously ill. He said that the way they live is more akin to waiting to die than actually living.

YOU COULD GET HIT BY A BUS TOMORROW

He told me about a confrontation he had with a 42 year-old man recently. The man caught him on an off-day and asked him why he still runs at his age.

Tommy said the guy asked him in a sarcastic way, as if to imply that the notion of running at his age was stupid. He then really stepped over the mark by saying:

“You could get hit by a bus tomorrow.” Those few words set Tommy off on a rant and (as usual) he didn’t disappoint.

“I’m 66 years-old and every single morning I jump up out of bed. I’ve never used an alarm clock in my life. As soon as that clock strikes 6am I’m up and running to the shops for the papers. How do you feel in the morning?”

The guy responded that he’s generally tired in the morning and finds it a struggle to get out of bed.

“How often do you get ill?” Tommy proceeded to ask the guy. “Quite a lot, I’ve generally got a cold and as soon as the weather gets bad I get the flu.”

He replied. “I never get ill. I can’t remember the last time I had a cough, never mind had to spend the day in bed. I run every day, I play football with my grandkids and I’ve got a smile on my face every day.”

“Okay, I get your point; but when are you going to stop running?” The guy asked Tommy, as if he was almost regretting getting him started and accepting that his attitude was wrong.

What do you expect me to do? Sit around all day, watching day time television and waiting on the reaper to come and take me? No, I’ll keep running, playing with my grandkids and living life on my terms until the day that my body shuts down.”

Knowing Tommy as well as I do, I wasn’t surprised to hear his response; in fact, I could probably have told you that’s what he’d say before he even told me the story. And, to me, that’s even more inspiring than the story itself. I know his attitude, I know how he feels about life and I know the ferocity in which he’ll defend what he lives for.

There are a few reasons for me telling you about Tommy and the ‘hit by a bus’ story, in particular.

Obviously, one of the points I want to convey is that it doesn’t matter what age you are, you can still be fit and healthy. Just because you can’t, necessarily, perform the way you did in your prime doesn’t mean you can’t still have a go at it.

I also want to make clear that whenever you chose to do something that other people would like to do themself or wish they could do (i.e. run 10km at 66 years-old) you will be faced with negativity.

Most people in this world would far rather put someone down than compliment them. You must ignore these people and you must do what it is that you want to do.

Quality of life is what’s important and if your lifestyle is increasing your chances of illness and disease, as opposed to keeping you fit and healthy, are you really living?

NOTE: This clip is a tad on the cheesy side so I’m going to negate the cheesiness by claiming that I’ve embedded it as a tutorial on how to pick up French girls.