Avoiding the weights room is the single worst thing a girl can do in the gym.

Seriously, it’s right up there with buying Weight Watchers products, eating Special K for breakfast and signing up to Herbalife.

What a Girl Wants 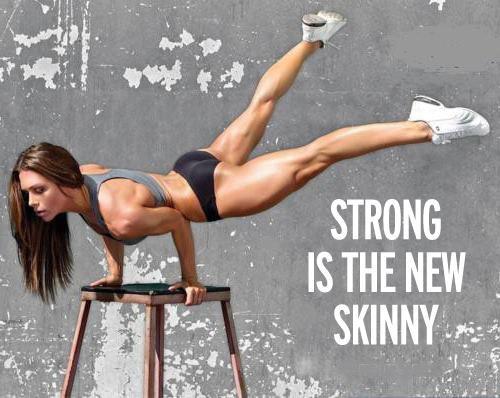 Whenever I start training a new female client, they’ll come to me either having done no physical activity for ages or they’ll come having been exercise class addicts.

They’ve usually been attending umpteen classes per week and have reached a plateau. Regardless of their body shape, they can now blast their way through three hours of *insert marketable class name here* without any problems.

During the consultation process the female client usually tells me: “I want to tone up and have a flat stomach”. She goes on to say: “…the classes were good initially but I feel like I need more.” The girl can never really describe what she means by “more”, but notes: “I just feel that I should be getting better results for the amount of work I’m putting in.”

She’s out running all the time, sweating her way through spin classes and dancing herway through Zumba classes…the last one’s a joke, no one still does Zumba, do they?!

But – despite the hyper-activity – something’s missing.

What a Girl Needs

The missing something is weights, plain and simple.

The physical benefits of lifting weights are numerous: increased muscle mass and decreased bodyfat (this is what you mean when you say you want to look ‘toned’, ladies), improved posture, increased metabolic rate…blah de blah de blah.

However, the mental benefits are equally important.

Look at the girls in the weights room next time you’re in the gym. They walk around with their heads up high, proud of the bodies they’ve earned. I bet you’d rather have their demeanour than that of the girl in the corner who’s reading a magazine on the seated bike.

The Journey to Empowerment

After the consultation process, the first few times I take a new female client into the male-dominated weights room they’re uneasy. They don’t quite know where to look, they feel intimidated and they think everyone is staring at them.

Over the first couple of weeks they begin to feel more comfortable. They realise that no one cares that they’re there and the initial worry that the men are looking and laughing at them has dissipated. They’re not yet entirely comfortable as they’re still learning the techniques of the exercises and not quite sure if they’re “doing it right”. 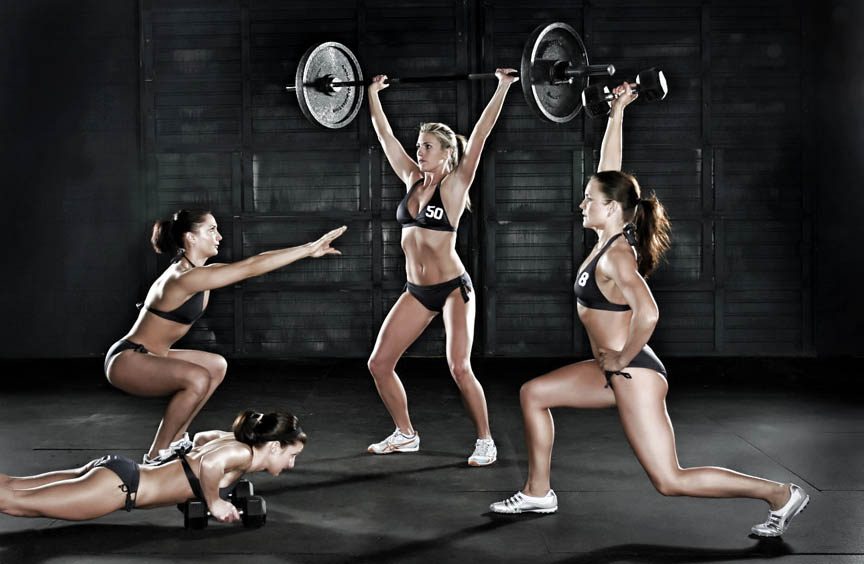 After a few months they’ve become familiar with the techniques, they’ve progressed past the little shiny weights and are now lifting ‘proper weights’. Their body has changed: their muscles are more firm, their posture has improved and their confidence is through the roof. They’re walking tall and they feel like they belong.

At this stage they have no idea what’s going on around them. They’re focused on their routine, they know the weight they lifted last time and they’re determined to at least match it, if not better it, next time. They feel a sense of achievement when they lift a weight they haven’t lifted before and they leave the gym high on life thanks to the endorphins their brain has sent flowing through their system.

Men seem to be the main reason girls don’t go into the weights room, or at least the public’s perception of men in gyms is the reason. With that in mind, I’ve decided to rattle off a few facts to put your mind at ease.

1. Men do not care that you’re in the weights room

In fact, they admire you for having the courage to go in and for having a real go at improving your physique…just don’t curl in the squat rack.

2. When working out men become primates

This isn’t because they’re aggressive, rude or bad people; it’s because in order to lift the weight they know they have to lift to get stronger they have to ‘psyche’ themselves up. They’re trying to improve their physique, the same way you are, and they’re ‘in the zone’.

If you’re unsure of something, ask one of them. If you need a ‘spot’, ask one of them to spot you. They may look angry and unapproachable but I’ve never seen a guy be rude to a girl in a gym, ever. As soon as you ask them a question they’ll snap out of their ‘zone’ and be happy to help.

4. They aren’t eyeing you up

Okay, sometimes they are but you girls are just as bad when it comes to that so we’ll call it a draw.

Okay, (again) sometimes they are but most of the time they’re standing in front of the mirror to check their technique.

In order to ‘tone up’ you must lift weights. Exercise classes are good for building cardiovascular fitness but a progressive resistance programme will have a greater effect on your physique in the long-term. Resistance training increases lean muscle mass and decreases bodyfat; and this leads to what is referred to as the ‘toned’ look.

As your body begins to change, your technique improves and your weight increases, you will develop strength – both physical and mental – and a higher sense of self-confidence. Eventually you will feel empowered.

Finally, contrary to popular belief, men in gyms aren’t as bad as they’re made out to be. They admire girls who lift and are more than happy to help when asked. If they are rude to you, it’s probably because you’re lifting heavier than they are.

PS: If you happen to be smoking hot, which I believe the majority of you are (like attracts like, after all), you may be subject to some positive attention from men. Here’s what to look out for: How to hit on a girl at the gym.