“There should be a governing body for Personal Trainers. The entry level is too low, nothing’s regulated and the standard is terrible.”

That’s a paraphrased summary of a conversation I had the other day with someone else involved in the fitness industry.

Those were mostly his words and, whilst I agreed with the last part of the statement, I think the first half is too steep a task. It’d take too long, it’d involve too much change and it’d generally just be too big of a job for someone to pull off.

Instead, I think it’s the responsibility of the individual Personal Trainer to seek to be better at their job.

And I also believe it’s the responsibility of the more experienced trainers who’ve risen through the ranks and carved out a career for themselves to give back.

We’ll start with (what I believe to be) the obvious ones (but am amazed that they’re missed so often):

Wear clothes that fit you; make sure they’re clean and ironed; do your hair and keep your facial hair in some kind of order.

A baggy hoody makes you look like you’re dressed for a lazy Sunday on the couch, whereas something a bit more fitted looks like you’re taking yourself seriously.

And when I say “on time”, I mean at least 10 minutes early. Always remember: on time is late, early is on time and late is unacceptable.

This extends to ‘your next client’, if you’re delivering sessions back-to-back.

You’ve got to leave a few minutes at the end of a session to say cheerio to the person you’ve just trained and to greet the person you’re about to train.

Just because you’re in the gym isn’t good enough.

The dentist is always ‘in the dentists’ but I’ve not been for years because I’ve never been seen at my agreed appointment time…and that drives me crackers.

I really don’t care whether you’re videoing technique to give your client visual feedback on their form.

Whether you’re showing them a funny photo you took the other day; checking their program to see what you’re going to make them do next.

Or whether you’re taking a photo/video for marketing purposes…

(NOTE: There will be times when this is acceptable. But if you’ve got your phone our more-often-than-not you’re going to look disinterested…just like the friend who never puts their phone down at the dinner table.)

Someone’s paying you for your time and expertise.

The minimum expectation of that paying individual is that you’ll be enthusiastic and happy to train them (you’re happy enough taking their money, aren’t you?!).

Sure, there’ll be times when it won’t make much of a difference whether you’re kneeling down beside your client whilst they’re lifting or whether you’re sat on a bench/box.

But sitting down whilst your client performs their set, then for their whole rest period and again for their next sets is taking the piss.

It astounds me when I walk into a gym and people don’t say hello to me and/or ask how I’m doing.

Most commercial gyms have thousands upon thousands of members who have signed up to the gym because they want to improve something about their physical being (i.e. composition, weight, strength, fitness, etc.).

The majority of those members don’t show up often enough to achieve their goals and the ones who do generally don’t know enough about what they should be doing.

All you have to do is stand at reception and be pleasant to everyone – day in, day out – and over time you will see your client list grow and grow.

Above anything else (i.e. training/nutrition knowledge, my own physical shape or the results I have helped my clients achieve), I believe that the above 5 points are what have allowed me to get to where I am today.

I’ve worked in two commercial gyms in my time as a freelance Personal Trainer and was the busiest (and therefore highest earning) trainer in both within 6 months.

If I did it in one place, I’d accept it was a fluke. Two places? I’m less inclined to believe luck was involved.

Consider how you look from the outside in

Most trainers are 100% focussed on the person in front of them, and that’s great…up until a point. 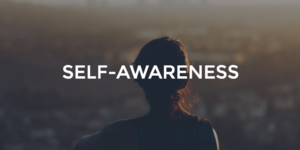 What you have to consider is how you look from the outside in; i.e. how people who are not paying you to train them view you when you’re ‘working’.

Maybe your client doesn’t mind you having your phone out or sitting on your backside for most of the session.

But what if there are 10 people ‘secretly’ watching your session, whilst they workout on their own because they’re tempted to hire you?

What is each of them is put off by the fact you’re on your phone?

They don’t know you’re updating your client’s program. For all they know you could be swiping right on Tinder trying to get a date for the weekend.

Whenever you’re on the gym floor – training or coaching – you’re being watched.

People are silently and stealthily sizing you up, trying to figure out whether hiring you would be a good idea.

In most cases, they’ll be looking for reasons not to hire you and slipping up on any of the above five points will give them the ‘out’ they’re looking for.

Keep yourself in line and you’ll find you have more in-gym enquiries than you know what to do with.

You’re finally at a stage of business where dealing with your own accounts is taking up too much of your time and causing your too much stress. You’re recommended an accountant one of your friend uses and you arrange a meeting with him/her.

You arrive 10 minutes early (because it’s just polite, isn’t it?).

The receptionist glances up at you, barely acknowledges you and buries her head back into her phone to look at the next makeup video on her Instagram explore page.

You cough, politely, and let her know you’re here to meet Mr. Accountant.

She looks up to see if one of her colleagues can deal with you because she blatantly can’t be arsed, but there’s no one around so she tells you she’ll let him know you’re here and asks you to take a seat.

The clock creeps toward o’clock and there’s no sign of your accountant.

He swaggers in at 5 minutes past, wearing a suit that’s got more creases than a 100-year-old’s forehead.  It looks at least a size-and-a-half too big for him. He looks like he’s not had a shave in months and he doesn’t offer you a tea or a coffee. 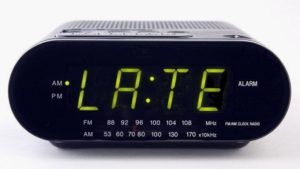 Once you get chatting, he whips his phone out and starts taking videos of your filling in forms and signing sheets of paper. He’s got to grow his Instagram following, right?

Whilst you’re chatting, he interrupts to show a photo he took the other day of his dog…or something similar.

He huffs and puffs the whole way through the meeting as if he’d rather be anywhere else in the world. Oh, and he’s also slouched in his chair with his head on his hand.

He then hands you an invoice for hundreds of pounds.

How would you feel?

Like you were getting a great deal or that he was fleecing you?

The latter, I’m sure.

Personal Training is a profession and Personal Trainers are always quick to defend the legitimacy of their ‘job’.

However, the majority of Personal Trainer’s behaviour conveys the exact opposite to that of a professional.

If you follow the basics in this post, I’m more than confident that (assuming you have the ability/knowledge), you will rise above and make a decent living from Personal Training within a fairly short period of time.

If you liked this post, check back next week for another Personal Trainer-specific blog post; this time centred around messaging and marketing.